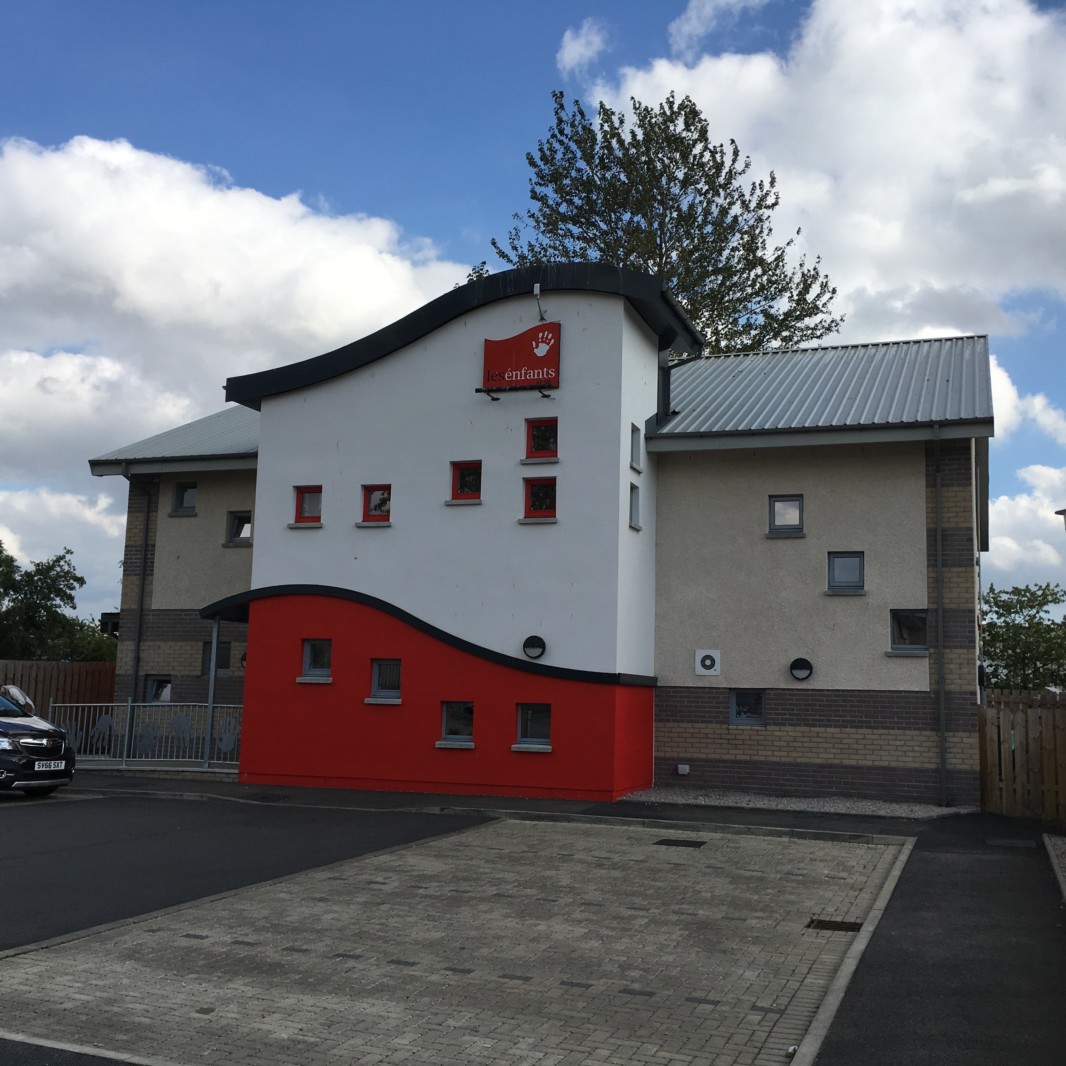 Following the incredible success and high demand for places at Les Enfants Nursery the client approached us to design a second building on the adjoining area of land which would accommodate the older nursery children to prepare them for school.

Continuity with the original Les Enfants Nursery was fundamental in the design, so as to further develop the recognisable concept. Materials, colours and the distinguished curve were all incorporated into the building, as well as the familiar handprint logo.

Les Enfants Apres was completed in 2014.