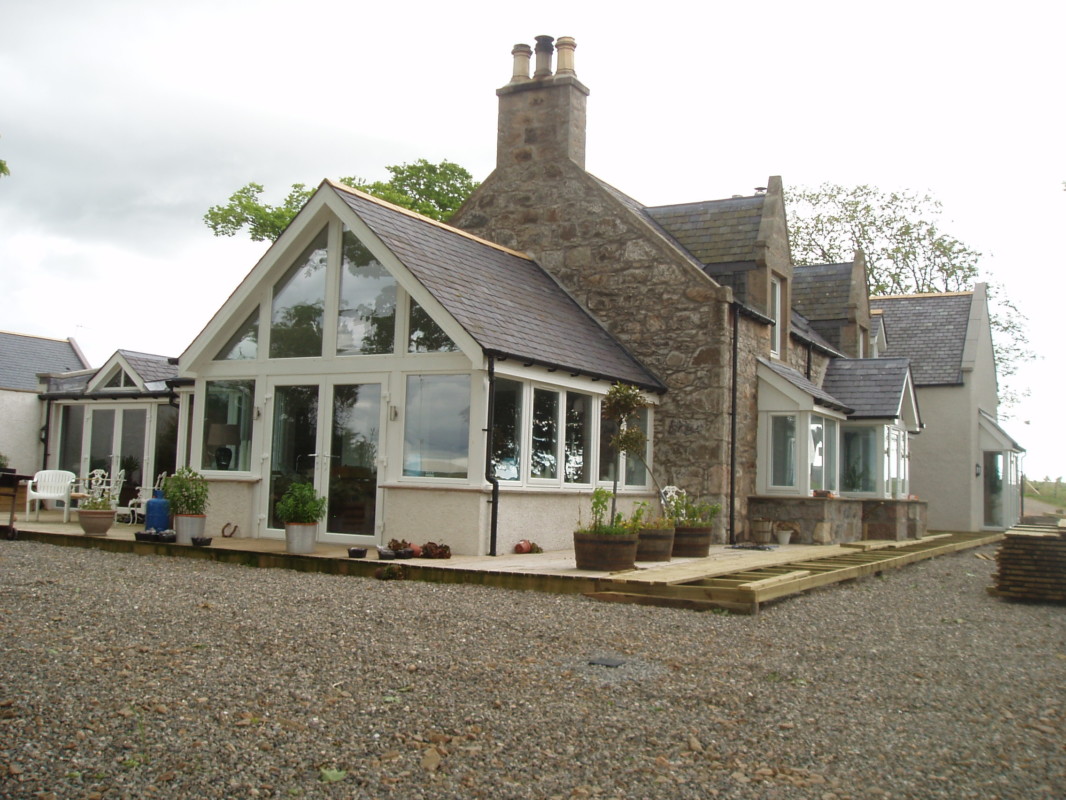 Having purchased the entire farm and settled into a caravan onsite the clients embarked upon the replacement of an existing Bothy building at the roadside. Permission was granted for a storey and a half, 3 bedroom dwelling house which was designed to be traditional in nature but with modern elements to create something unique.

The bedroom to the rear of the property has a large open ceiling with exposed ties and a half glazed gable and side opening up onto a south facing balcony. A granite wall forms the outside of the dwelling along the road edge with smaller windows at high level to retain privacy and create a break between the granite wall and the slate roof.

A separate detached garage was also constructed and the client carried out the landscaping works themselves having moved into the property to allow them to proceed with the second part of their projects.