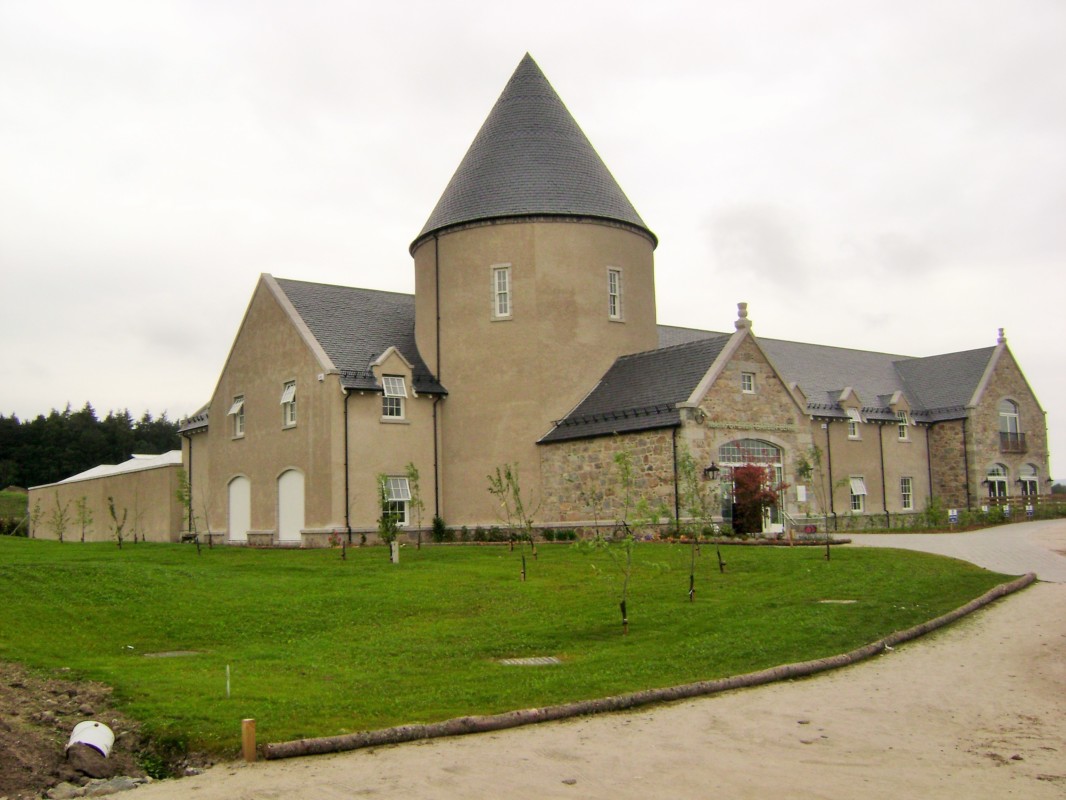 Following two years of processing a Planning Application, consent was eventually received from Aberdeenshire Council, to replace an existing Nursery and Garden Centre which has been on site since the 1960's.

The design and format was very much influenced by Drum Castle and Scottish Baronial features and traditional materials.

The building itself has a basement which incorporates all storage and workshop area, with retail ground floor and cafeteria and further retail space on the first floor.

A hugely successful project with an award winning business operating within.